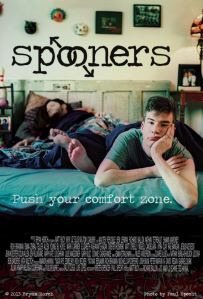 This series, based on a short film of the same name, is a funny, sometimes cliche, and always relevant look at married, gay life.

The series starts out with a couple in their 30s (I think) who are stable in their relationship, but need a new bed as they’ve been sleeping on their futon for too long.  So the crazy part is when they go bed shopping, and all the inadvertent attention they draw as they shop as a same-sex couple in a mattress store.

I found this instantly relatable, as I remember the first time I went bed shopping with another guy.  I felt like everyone in the store was watching us, and that’s pretty much the theme of the first episode.  As is much of the series, everything was exaggerated – but that’s the point.  The situations are part of a short episode, and they are made to be more than they are to point out how ridiculous they can be.

There aren’t many other episodes in the series, but they manage to touch on several different topics.  They range from serious to crazy, and even have a few touching moments.  I think one of my favorites was the poop-shaming episode (“Blocked”) which made me laugh out loud numerous times.

Nelson is the adorable, uptight one that likes things a certain way while Corey is the more free spirited song writer.  Together they make a cute couple, and they have good chemistry that makes their trials and tribulations all the more funny.  Between the two of them you can find aspects of them that you can relate to.

I know it’s from awhile back, and I don’t think a second season is forthcoming.  But it’s worth an afternoon watch.