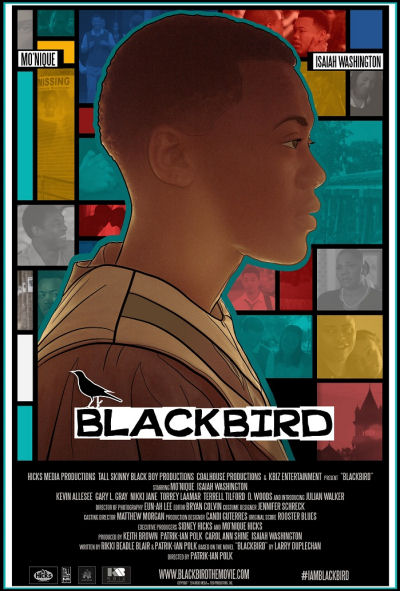 A coming out story that is more than just coming of age.  This film is about coming to peace with multiple parts of yourself and life, and being open to love, God, and the possibilities of what lies ahead.

The blurb from IMDB: “A young singer struggles with his sexuality and the treatment of others while coming of age in a small Southern Baptist community.”

My take:  It’s coming out day as I post this, so what better than to talk about coming out.  Randy (Julian Walker) is 17 and having great difficulty in coming out not only to others but to himself.  The film starts like a wet dream – literally – and continues while Randy tries to pray the gay away.  One might think this is an overdone theme, but in this case it is not.  Randy is at the core of a church that is very conservative with the pastor even saying that he thinks demons are responsible for the sin of being gay.  The issue of coming out is surrounded by issues specific to Randy, and in this case a lot of young teens who are currently in his situation as well.

But there is irony of perception in most of the people around him that care about him.  And support comes from places he might not expect.  But then again, vicious homophobia comes from places you might and might not expect as well.  It’s like a gay minefield of people, and Randy has to be careful.  But the first step is to come out to yourself, and for Randy that will take some doing.

A big part of this film centers around religion and one’s personal relationship with God.  Randy prays every day to make him not be gay anymore.  I am certainly not a religious scholar, but what strikes me is the message of love that comes from this film.  Granted it depicts the terrible homophobia that comes from the Church, but it also reinforces the idea that a personal connection with God is about love.  “God is love” – this statement is repeated multiple times, and the idea of never-ending and unconditional love is directly talked about several times in the film from different characters.  Even Randy’s friend Leslie speaks of love: “My love is as deep as the sea.  The more I give, the more I have.”

Love of God, love of family, love of friends, and love of lovers…  Each is touched upon in a special way in this film.  The family chord is struck by Randy taking care of his mother while they search endlessly for Randy’s sister who has gone missing.  Randy’s relationship with his Dad even has it’s moments and grows in interesting ways. Efram is Randy’s friend, but their relationship develops into a friendship that is almost like family.  And there’s Marshall who starts with lust for Randy demonstrated by his come hither looks.  That first connection turns into something much more meaningful as we can see when he is in almost a protective posture with his arm around Randy as they ride in the car.  Later Marshall stands by Randy’s side when it is most important (and maybe even dangerous).

I don’t want to give anything away so I’ll be vague when I want to be specific. There are so many places in this film where indirect actions present us with an almost direct message.  There’s one towards the end of the film as Randy is coming to terms with himself.  There is a juxtaposition of scenes taking us from the request that God do something for Randy to another where God is just being present with Randy, and it’s a beautiful thing.  Later the message becomes even more apparent as events continue to unfold.  Another sequence presents us with the idea that we need to focus on and deal with what is real and in front of us instead of the unempirical truths that may not even be important.

There are so many moving, amazing scenes in this film that several stick out for me.  One is when Randy is getting out of Marshall’s car having just sung, and lines from Romeo and Juliet come out.  Wow indeed.  I’m also fond of the situation with Randy’s Dad, Randy, and Efram.  Another is when Marshall has made a movie for Randy, and he sees that film – we see more of the depth of their transformative relationship.  The scene where Randy comes out to his mother is very powerful.  It was very well acted, not over-done, and brought gasps from the audience.

Production values in this film are excellent.  Filmography is well done with camera angles that intentionally create mood and perspective.  The music is spot on and provides direct clarity to scenes that don’t have dialogue.  Acting is very, very good for a film in this genre – really for a film in any genre.

This film is most definitely worth seeing although the director/producer, Patrik-Ian Polk, indicated March 2015 would be the release.  If you can’t wait the film is still in festivals.  For a film with careful craftsmanship that takes you on an emotional ride, makes you laugh and think, and makes you feel the promise of life (and maybe even God), I give this film my highest rating and recommendation.

“Heteros are so fucking dramatic!”

“Stop asking me if I’m ok!  I’m running out of punchlines…”