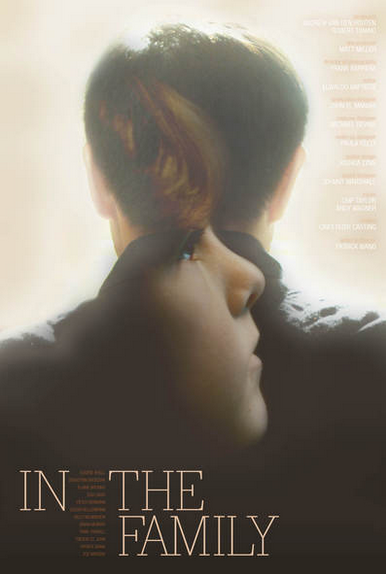 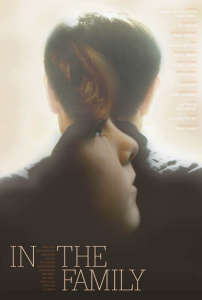 This is one of those movies that breaks your heart just about once every ten minutes or so. From the time Joey is left alone in the hospital to the beginning of the battle over the will, it just made me sad and a little angry too.

The short summary: When his partner Cody dies in a car accident, Joey learns that their son, Chip, has been willed to Cody’s sister. In his now solitary home life, Joey searches for a solution. The law is not on his side, but friends are.

The pace of the movie is very slow. It takes it’s time to unravel the story. This gives you time to really put yourself in Joey’s shoes and feel what he must be going through. The slowness also gives up details that might otherwise be lost. One scene is when Joey and Chip come home from the funeral, and the scene is one, long shot of them in the kitchen. We see Chip taking care of his father as best he can, and you can feel the connection between them. You can feel the pain in Joey as he struggles to move on.

There are moments of hope in the film like when Joey’s friends come over to keep him company and celebrate Thanksgiving with him.  There’s the surprising Gloria to remind us of the kindness of people we think we don’t know all that well.  The karma from being kind to the lawyer’s family that pays him back so selflessly.

There are so many themes here that I’m sure I can’t do them all justice.  After all, it took about 2 hours and 45 minutes to do so in the film.  There is love and family, love and friends..  we see how Joey and Cody’s relationship started so innocently and developed into something so lasting.  There is Chip and how he loved his dads without condition.  And Joey’s friends who love him enough to care about him when he needed them the most.

We look at how saying what’s important, about having the “big talks” are needed and crucial.   Cody’s will hadn’t been updated and they hadn’t had that conversation.  If they had the movie would have been much shorter.

And there is a theme about how fighting fire with fire isn’t always the best answer to get what you want.  Joey could have fought legally and thrown everything he could at Cody’s family, but it wouldn’t have done what was needed.  In the end, Joey did what was needed.  I think this has some metaphor to the current civil rights movement.  Although this film isn’t really about that the concepts are there.  Gay parents often have no rights, and many of those parents are going through legal wars to get what they need.  In many cases that is what is necessary.  And sometimes, it takes just being human to change the hearts and minds of others.

The cinematography is unique. There are long, unmoving camera angles that capture a scene like you’re a fly on the wall. It seems a little odd at times, almost like you’re spying. But it also makes the film seem more like a documentary which in some ways it probably is. The production values are high and artful.  I know almost 3 hours is a long time to spend watching a film, but in this case it was worth it.