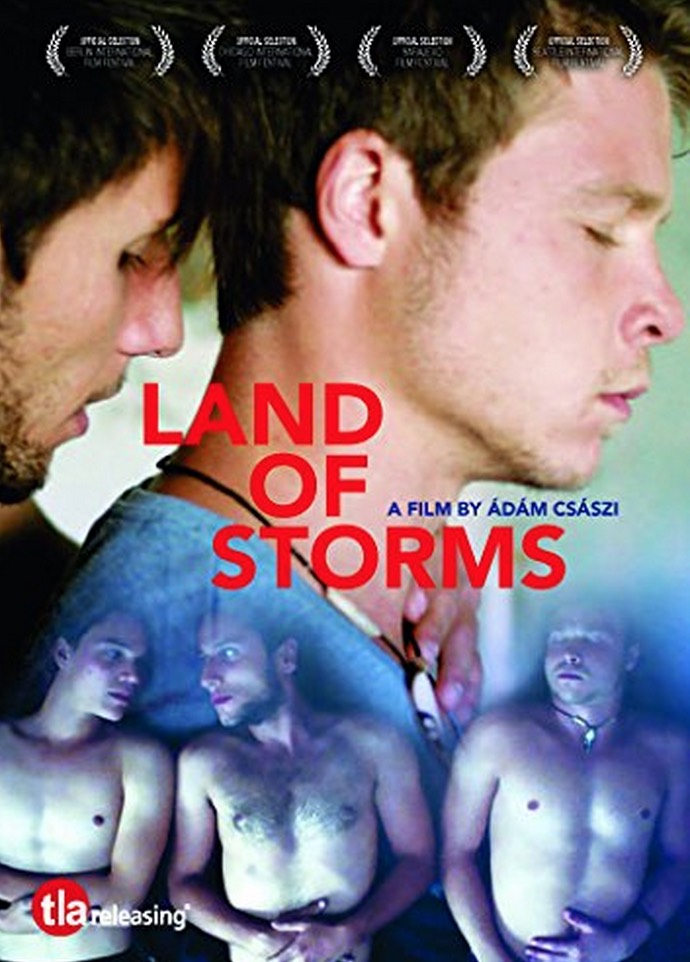 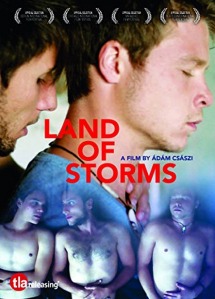 Land of Storms is appropriately titled.  Although meteorologically speaking we aren’t talking tornados.  The storms are all within, and they are raging.

Synopsis from IMDb: “Best friends Szabolcs and Bernard are playing in the same German football team. After a lost game, Szabolcs decides to go home to Hungary where he meets another boy, Áron with whom they become lovers but soon Bernard comes after his friend.”

I don’t think a single person in this film identifies as gay.  No one says it, and I’m not sure anyone even thinks it.  However, the word homophobia should be plastered on everyone’s foreheads.

In a different genre of gay-themed movies, this film might be a coming of age piece.  Szabolcs (or Szabi) hasn’t quite figured things out, especially when he fights his friend when he thinks he’s looking at him in the shower.  But as many have done, he gets away and starts to find himself.

He not only does that, but finds something like love with a man named Aron.  The two bond over time, and find themselves wanting to be with each other.  The problem though is that they live in a hell of homophobia where life together has consequences.

Add to that, Szabi’s friend (from the shower) comes back, and is open about his feelings for Szabi.  Of course, this puts things into a finer focus for Aron which may not be a good thing.  He can’t seem to live with him, but is having a tough time being without him.

The largest storm is here – in Aron’s mind.  He seems to have thought he was straight until he met Szabi, and societal pressures make him want to be.  The threat of violence makes him want to be normal.  And where they are in Hungary, these pressures are very serious.

I won’t go further in analyzing the story as I don’t want to give it all away.  But you can tell from other sources on the inter webs that this story doesn’t go well.  It’s actually difficult to watch in several parts, and the ending may take you by surprise.

This film is without extraneous dialogue and moves at a slower pace than many others.  This puts a finer point on what is said, the expressions on their faces, and the outbursts of violence.  It is both well written and acted.  All production values are good, and feels like a larger budget film.

This film made me upset for people who still live in circumstances like this, and there are still many countries where LGBT people live under threat of fear and violence.  It’s not enough that they can’t be who they are, free to live to their potential.  But then they truly must fear for their lives.

It makes me appreciate the circumstances into which I was born, the people who blazed a trail before me, and all my friends and family who have stood by my side.  And although this film certainly isn’t a happy ending, I can take that away from it.  And I know that there is still more to be done for LGBT people everywhere.