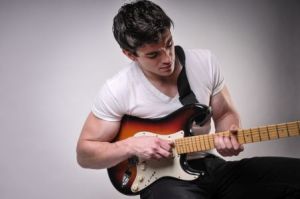 This post is a little late to the game as Steve Grand is already a big hit.  But because I think he’s going to be an even bigger hit soon, I wanted you all to be aware in case you didn’t know.

Steve Grand came onto the scene in 2013 with his hit All-American Boy.  The YouTube video went viral, and it launched him towards a career making music.  His KickStarter campaign to fund the making of his new album was wildly successful raising a dollar amount past the goal.  I believe I read that it was the highest amount raised to date for a singer that wasn’t affiliated with a major music label.

I know it’s not a movie, but watching the music video is just like watching a film short.  It tells the story of a gay guy who falls in love with a straight buddy, and how that all plays out.  Steve made a story that many people can relate to, and he brings a heartfelt vibe to his music that makes it hit home.

Full disclosure here in that I was a funder in the Kickstart campaign so I’m probably a bit biased.  But I think it’s fair to say that Steve Grand has a talent that I hope will take him far.  From everything I’ve seen of him, he seems to be a down-to-earth and humble person which makes rooting for his success even easier.  He is openly gay, and I think that makes him a great role model for a lot of younger LGBT folks.  We can never have too many good role models in this world, especially ones that make their own way and are successful at what they are passionate about.

Steve Grand has several songs out now that are available on iTunes and Amazon, and his new album comes out in early 2015.

Check out the video for All-American Boy here.